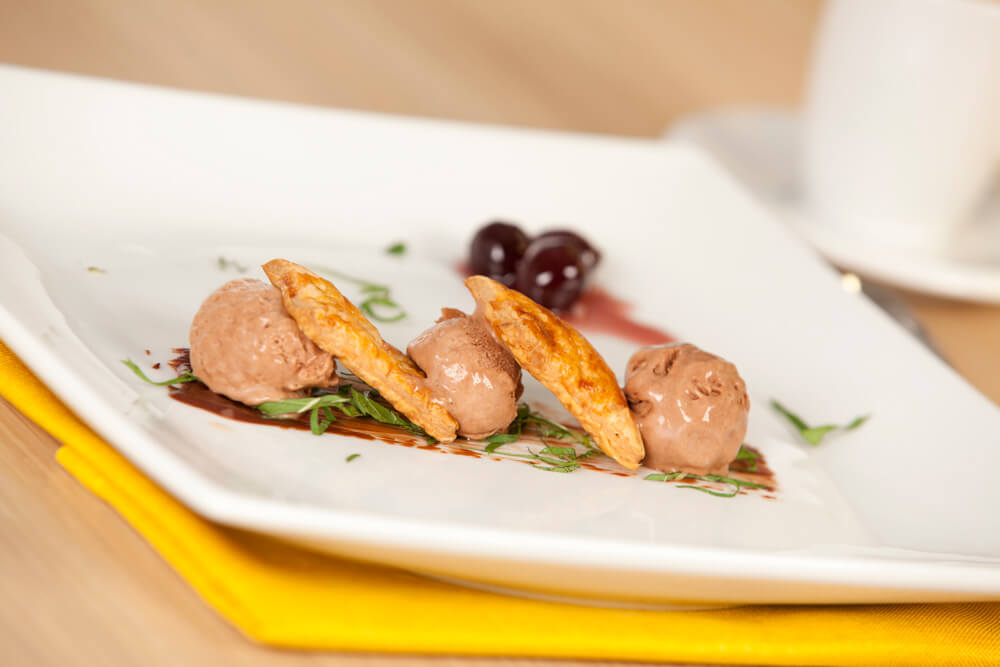 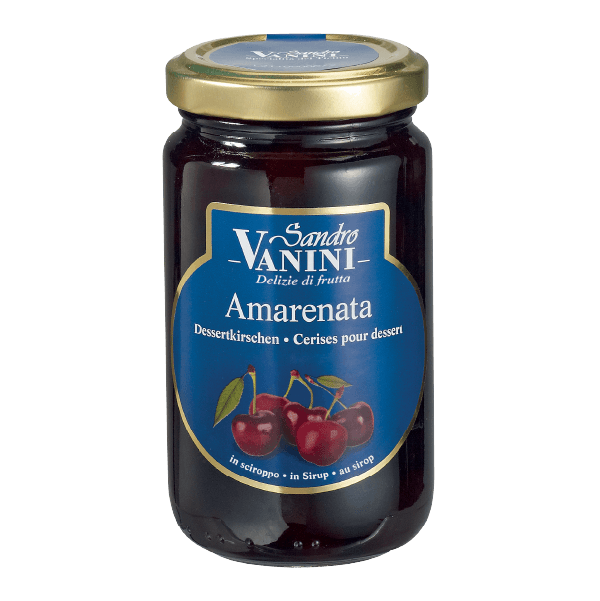 Break the chocolate into small pieces, put it in a pan with the butter and milk and heat over a low flame, stirring often.

Separate the yolks from the egg whites. Beat the yolks, sugar and vanilla sugar in a bowl until light and fluffy, mix in the chocolate and allow to cool slightly. Whip the cream into soft peaks and fold gently into the mixture.

Whip the egg whites into stiff peaks with a pinch of salt and amalgamate gently into the mixture. Roughly chop the Amarena cherries and mix them in. Put the mousse in the fridge, and leave it covered for 4-5 hours.

Using two tablespoons make mousse quenelles (dumplings) and set them out on plates.

For a white mousse use 125 g of white chocolate.